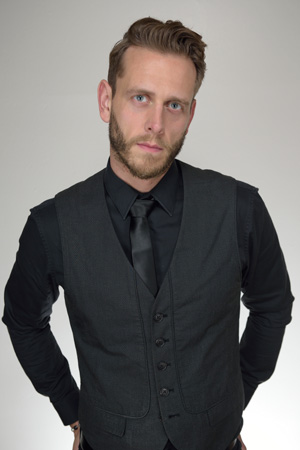 Dave Troke first came to London in 2003 to study music at the prestigious Bass Institute. He quickly showed himself to be a bassist of immense natural talent, with more than his fair share of the ‘X factor’ that gives him his charismatic onstage presence.

By the time Dave Troke had completed his degree in music (and picked up the ‘Best Bass Player’ Award along the way) he was already a busy performing musician on the London scene. Clocking up hundreds of performances in bands of almost every musical style, Dave rapidly developed from an excellent bassist into a truly masterful one.

2008 saw Dave’s hard work pay off as he signed his first record deal with 14th Floor Records. This was quickly followed with scores of performance and radio appearances for the critically acclaimed band The Ryes.

Never being one to rest on his laurels, Dave quickly moved up into the world of elite bass players. The subsequent years saw Dave performing for an amazing list of top bands and artists. He’s performed on international tours, made numerous TV appearances and has played at some of the UK’s most prestigious music festivals. Dave’s CV now reads like a ‘who’s who’ of the pop world.

Dave Troke’s amazing track record genuinely places him in the upper echelon of UK bass players. It’s hardly surprising then that he found his place in one of the UK’s top function bands.

What the Bandleader says about Dave Troke

“I first met Dave in 2005 when we were preparing a performance for The Academy of Music and Sound. We were both about to start teaching there. It was immediately obvious to me that Dave was an exceptional bassist. His technical skill is matched with a wonderful musical personality that is hard to find. He’s also one of the most likeable guys you could ever meet. So, when it came to choosing the bassist for Azure, there was really only one choice”

Dave Troke continues to perform for Azure, delighting audiences all over the UK with his funk infused grooves and musical prowess. If you’re near a dance floor and can hear earth-moving bass notes accompanied by cheering and whoops of happy dancers, it’s probably Dave Troke in action.