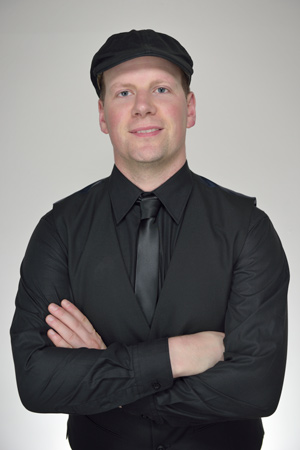 Ed Williams is an exceptional professional drummer, and the official engine room of Azure. His funky dance floor filling beats are what most drummers strive to achieve, but few accomplish. This all appears to come effortlessly to Ed but it’s the result of years of hard work.

Ed launched into the world of top level drumming back in 2005. It was then that he achieved a first class honours degree in music at the UK’s number one drum academy Drumtech. Even before completing his studies, Ed was in demand by bandleaders and recording artists. Each keen to capture his energy and unique sense of style.

Within a few short years Ed Williams was recording and performing for Grammy Award winning artists, producers and virtuoso instrumentalists. His talents have taken him all over the world. He’s performed almost every genre of music there is, all with his usual style and flair.

In amongst his extensive performance work, Ed also managed to take on a Masters Degree in music performance at the London College of Music. Not surprisingly Ed again earned the highest possible accolade, achieving a distinction. Ed was also quickly snapped up to teach at the UK’s top contemporary music college: BIMM London.

It was during 2007 that Ed Williams first joined the ranks of Azure. Ed offered a level of musicianship far higher than most function band drummers. This along with the opportunity to perform one of the most diverse repertoires around, mean that Azure was a natural home for Ed’s drumming talent. Since then he has continued to make a valuable contribution to the band’s sound and helped craft their seamless performances.

What the Bandleader says about Ed Williams

“After just one performance, it was obvious that Ed was the perfect drummer for Azure. A great drummer is so important for pulling several hundred people on to the dance floor. Apart from his technical skill though, Ed is just so much fun to perform with. He’s so musically creative. He’s always inventing new approaches to performing famous songs; always finding ways to connect with audiences and keep everyone dancing. With Ed every performance is different but absolutely always first class.”