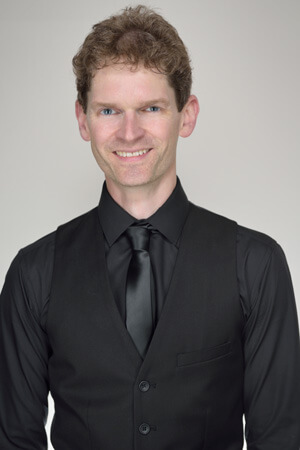 Guitarist and band leader for Azure

Like many teenagers, Stuart Bahn first started playing guitar in his bedroom. He spent years clocking up hundreds of hours of practice, learning and absorbing everything he could from his musical heroes. Little did he know that in just a few short years he would be studying to be a pro guitarist at London’s prestigious Guitar Institute.

By the time Stuart Bahn finished his degree, his career was already in full swing. He was snapped up by some of London’s busiest professional bands, and gained a wealth of experience performing hundreds of events and shows across the UK.

With a few years of professional performances under his belt, it was in 2007 that Stuart decided to create a new band. The band would become the gold standard by which all other bands would be judged. It would be a band that rapidly earned a reputation as one of the best function bands in the country. This band was Azure.

What Stuart Bahn says about Azure

“When I created Azure, I didn’t just want a band of fantastic musicians. I wanted a band of great guys that are fun, friendly, and who share my desire to give every single client the best performance we possibly can. This is a win-win arrangement because we want the show to be as big a success as the client does.”

“Each Azure band member is at the top of their league, but they’re also lovely people and we’re great friends too. It’s this, as much as our musicianship, that has helped us earn the reputation we have. And this is reflected by our many of testimonials and online reviews.”

Always looking to the future

Despite their remarkably impressive track record, Stuart continues to reinvent the band with an ever-evolving repertoire. If there’s a massive new pop hit, you can be sure that Azure will have it learned, practised and performed before it’s even out of the top ten.

A responsive and helpful bandleader

As bandleader, Stuart Bahn has received almost as much praise for his helpfulness in the lead up to weddings and events, as Azure has for their performances on the night itself.

“It’s not every day that a person hires a band, so part of my role is to help clients every step of the way. Weddings and functions are big occasions and it’s important that clients can talk to me about any concerns they may have about the night. Clients can always call me or send me an email. I’ll always answer any and every question and make make sure clients are happy, in the picture and know that they are in safe hands. That leaves them free to focus on the other things they need to plan, and of course enjoy their night as much as everyone else.”

Call or email Stuart now for an all-inclusive quote: